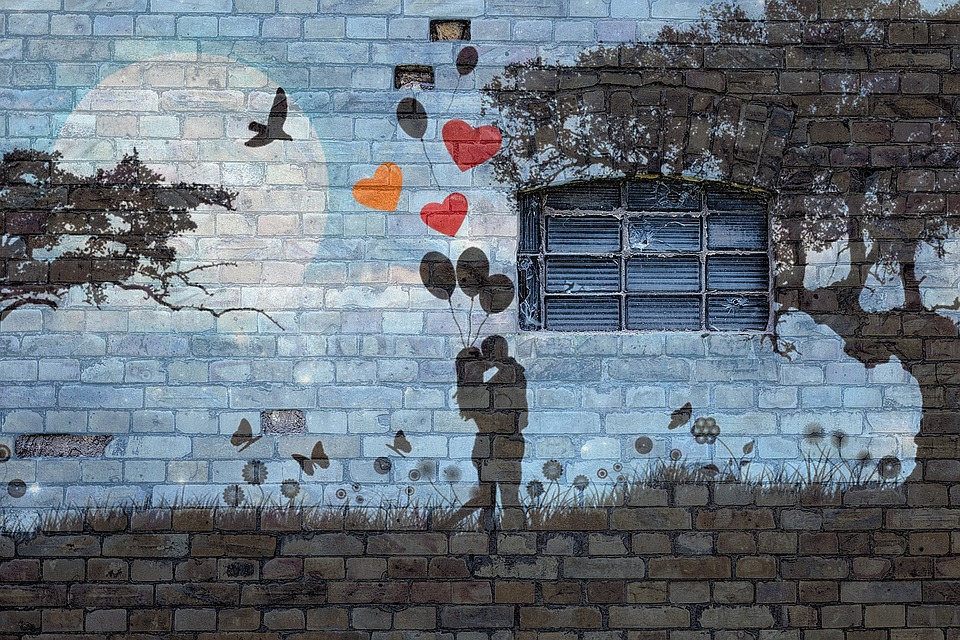 No doubt that the canals in Venice are one of the best and most romantic places in the world to celebrate love, but isn’t actually any place good for love? Casanova had it easy in the City of Canals, but you can also enjoy the most romantic of all experiences at the top of the Eiffel Tower in Paris, in one of the many viewpoints of the Alfama district in Lisbon, in the house of Romeo and Juliet in Verona, or even in Teruel, a Spanish town famous for its lovers, or in Salamanca, the hometown of Calixto and Melibea. You can have an affair to remember dancing tango in Buenos Aires, in the exotic beaches of Bali, in the Prague Castle, under the sun of Tuscany, in Sissi’s Vienna, near the Little mermaid in Copenhagen and even at top of the Empire State Building. What city would you like to fall in love with? These are the most romantic places in the cities of love. Want to feel their attractiveness and their romantic atmosphere? In the Big Apple.

Whoever said New York is not a romantic city, it’s because they haven’t been to the cinema at least in the last 60 years. In the Big Apple, «love is in the air». You only need to go to Central Park and enjoy nature with your lover on a horse-drawn carriage. They are not as luxurious as the ones in Seville, but the atmosphere at the Belvedere Castle or the Garden Conservatory is simply romantic. Afterwards, you can go for walk down Fifth Avenue and remember Audrey Hepburn’s breakfast at Tiffany’s before reaching the perfect place to have «an affair to remember». First Cary Grant and Deborah Kerr and then Tom Hanks and Meg Ryan found love atop the Empire State Building. And King Kong as well, although he didn’t use the elevator. The downside of the panorama? You cannot see the Empire State from atop the building, of course! To fix this, the most romantic thing is to cross the Brooklyn Bridge and watch the amazing New York skyline from across the river. That’s definetely high love! Oh la la! L’amour, the bohemian atmosphere, the sweet croissants… Yes, Paris is the city of light and love. From the top of the Eiffel Tower, where you can have a romantic dinner enjoying one of the best urban views in the world, to the depths of the dreamy Canal Saint Martin and the Seine river. Here you will find the favorite bridge for lovers to swear eternal love. The Pont des Arts is not only one of the prettiest in Paris due to its location leading to the Louvre and looking over the Ile de la Cité, but it is also very famous for its padlocks symbolizing the purest love. Vin, baguette et fromage! In the most cosmopolitan city in the world there is a place where romance is all over: Montmartre. Winding streets, windmills, and the last vineyard of the city create the atmosphere for the perfect kiss. By the way, did you know that the most famous kiss in the world is very close, in the romantic Rodin Museum? Another kind of kiss is the one that you should receive under the Bridge of Sighs in Venice. They say that it guarantees eternal and true love, but it is not known where this tradition comes from. It’s really one of the most romantic places, so it’s perfect for kissing! But seriously, you can kiss all over town. Venice is more than gondolas, masks and canals: it is the hometown of the most famous lover in history. It is likely that the very same Casanova navigated under those bridges. Who dares to follow his steps? Just near the Rialto Bridge is the Do Spade bar where he had most of his passionate encounters at the inn Do Mori, or the Ducal Palace where he was locked up for more than 15 months until he finally escaped. Nor should we forget that, about 100 kilometers away from the city of canals, one of the most famous love stories in the world happened, the tragedy of Romeo and Juliet. Do not miss the opportunity to breathe the impossible love that united them visiting their family house. More than tragic, the kind of love that you will encounter in Lisbon is rather nostalgic, but as intense as Fado music.

You have to change gondolas for trams and canals for the steep and winding streets of the Alfama district, but the experience is almost as romantic. Enjoy the views of the city and the Tagus River from one of its many viewpoints and fall in love over and over again. Have a coffee and some pasteis de nata at a terrace close to the Belem Tower and browse objects that seem to belong to another era in the market of «La ladrona». Make the most out of your romantic escapade thanks to Lisbon’s dreamy and nostalgic atmosphere!

However, you don’t have to travel far to find some of the most romantic places on earth. Without leaving Spain, you can live irresistible similar experiences in the Mirador de San Nicolas in Granada, at the Temple of Debod in Madrid, or in the tragic lovers’ city of Teruel. In Salamanca you can experiment the intense feelings of Calixto and Melibea, or kiss your lover under the hanging houses in Cuenca or in the gardens of the Alcazar of Seville. If not, you can go to the countryside to enjoy in the best company the Lagos de Covadonga, the Valencia Albufera and the cable car of Fuente Dé. Did you like these romantic places?